That makes it a Wednesday

Get your CPD sorted in 1 day!

The theme for the 2020 ANMF/HERC Aged Care Conference is based around the needs of the elderly and those with dementia. As such, we have a number of key speakers in the field of aged care attending to discuss their field of excellence through case studies and research. The full program will be announced soon – in the mean time, here is a sneak peek of two of our key note speakers who will be presenting at this years conference…

Sarah’s career is marked by change and diversity. A legal practitioner in working private practice specialising in Industrial/Employment Law and Family Law.

From private practice Sarah moved into the world of Social Justice with the Equal Opportunity Commission (South Australia) as a solicitor, conciliator, trainer and complaints manager.

Sarah will be speaking on the topic of discrimination at the Aged Care Conference and why it continues to occur, particularly towards the vulnerable. 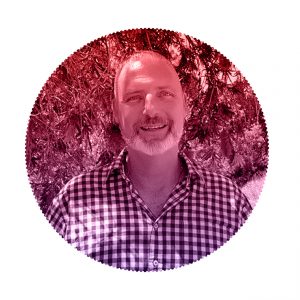 Principal Consultant in Gerontology, Disabilities and Community Services for the Frontline Care Solutions group and the Australasian College of Care Leadership and Management.

Dr Drew Dwyer has earned a reputation for being one of the most dynamic and passionate consultants in learning and development for the aged and community care sectors.

He has over 25 years of experience as a professional nurse, nurse leader and educator, and is currently the Principal Consultant in Gerontology, Disabilities and Community Services for the Frontline Care Solutions group and the Australasian College of Care Leadership & Management.

He also holds an Adjunct Associate Professor position at the University of Queensland School of Nursing, Midwifery and Social Work (UQSoNMSW).

Dr Drew Dwyer will be presenting his topic ‘Year of the Nurse – Year of the EntrepreNurse’ at this years conference.

Early bird prize – register early for your chance to win back the price of your ticket. Yep! 2 lucky attendees will be going to the ANMF/HERC Aged Care Conference for free!