Today, ANMF members at the Royal Hobart Hospital (RHH) took a virtually unprecedented step of holding a stop work meeting from 0800-0900 hours. This escalated industrial action was part of the Retain. Recruit. Recognise. campaign and saw all theatre lists delayed. Members stood strong against pressure and were united as a group as they walked off the unit. Members were heartened by positive feedback received from public citizens. Clearly, the public understands that nurses are not only standing up for themselves but also for the health system.

Without nurses, and midwives, the system would crash. Without competitive salaries and reasonable working conditions nurses will not remain in, or be recruited to, the Tasmanian Health System. What part of that simple equation doesn’t the government understand?

Nurses have vowed to continue their stop work action until the government listens. 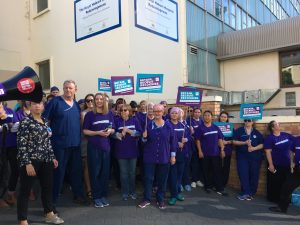 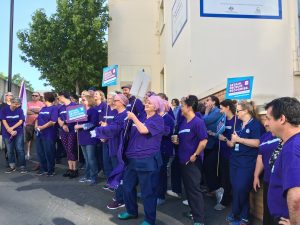 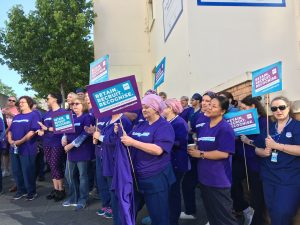