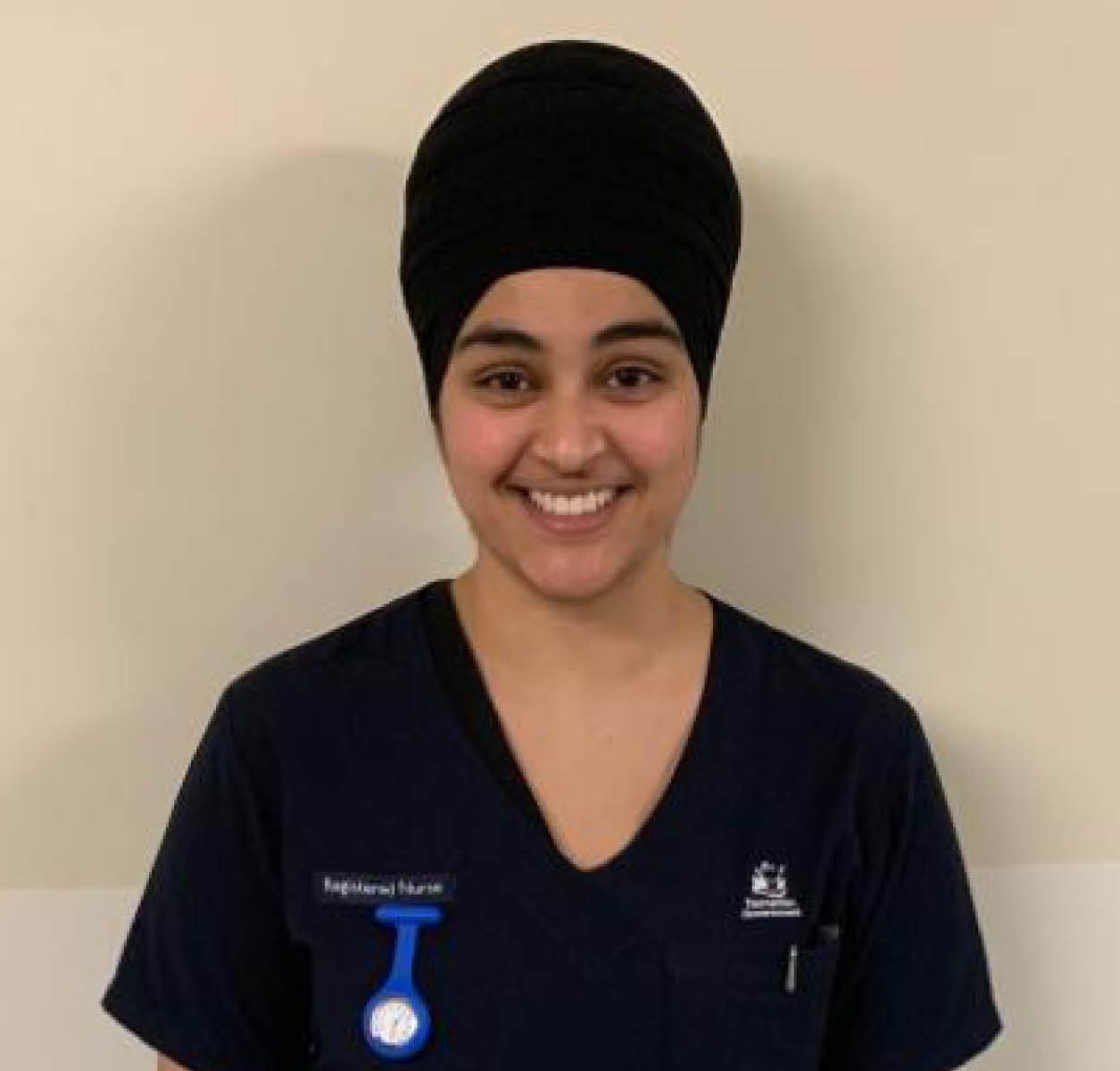 The ANMF recently had the opportunity to speak with Gurleen Grewal, a nurse in the Cardiology Unit at the Royal Hobart Hospital. Gurleen has been involved in the Sikh community response to COVID-19 providing food security to those not covered by Government subsidies, including overseas students, homeless people, refugees, and new migrants. Gurleen is passionate about her involvement in this project, stating “her commitment to humanitarian and charitable work is an extension of her love for nursing”. We hope that like you, like us, are inspired by Gurleen’s generosity outside of her day job, which sees her cooking up to 80 meals twice a week and helping to distribute them.

Coronavirus lockdown has brought hardship for many Tasmanians, with many people in our community stood down or permanently laid off from their jobs, amongst these are casual employees and workers from classifications not covered by Government subsides. In addition many others in our community including overseas students, homeless people, refugees, and new migrants have also been unable to access an income or Government assistance during this time.

A recent University of Tasmania study details the resulting food security issue for many Tasmanians. The study finds that while a significant proportion of respondents are experiencing food insecurity to some extent during the pandemic, young Tasmanians, single parent households, those with a disability, Aboriginal and/or Torres Strait Islanders, and temporary residents have been the most affected.

One in two of Tasmanian respondents who are currently receiving JobSeeker payments reported running out of food and being unable to buy more, which is double the level of food insecurity experienced by those receiving JobKeeper Payments (25%) (UTAS Food Security Study, 2020).

Where there has been a shortfall in Government support, there has been a response from the humanitarian community. ANMF member Gurleen Grewal, who works in Cardiology at the Royal Hobart Hospital, has been involved in the Sikh community response to this issue. The Sikh community in Tasmania have been working closely with the Hobart City Council in Hobart, in Launceston, and in other parts of the state, cooking, collecting, and distributing groceries to those who have found themselves short of food.

Gurleen has been personally involved in cooking up to 80 meals twice a week and helping distribute these meals in response to referrals from Hobart City Council, from the Sikh community Facebook group, Gurdwara Nanak Darbar Hobart, and website www.gurdwarananakdarbarhobart.com

Gurleen is passionate about her involvement in this initiative, stating that her commitment to humanitarian and charitable work is an extension of her love for nursing. Further to her work with this project, Gurleen finds time for professional development and is currently studying Cardiovascular Nursing at the University of Tasmania.

Gurleen is an admirable example of our many ANMF members involved in humanitarian work outside of their day job and has been an inspiration to us all here at ANMF. If you have an inspirational story about the work that you do and would like to share it with us, please contact marketing@anmftas.org.au

ANMF COVID-19 Newsflash: Public Sector Update The ANMF acknowledge the difficult challenges that members across all sectors are experiencing as a result of the COVID-19 pandemic. These specifically include Workloads, Work environment and conditions, Staff shortages and personal [...]